What does UNESCO do?

UNESCO works to preserve peace and security worldwide by promoting cooperation between peoples in the area of education, research and culture. It operates in the four areas of education, science, culture, communication and information. In doing so, it develops pilot projects, brings together scientists and experts from all over the world and advises governments on the formulation of political concepts and the establishment of institutions. It also serves as a framework for the creation of standards (ISCED classification) in the field of statistics. UNESCO is responsible for education as part of implementation of the 2030 Agenda for Sustainable Development, which was adopted by the UN in 2015.

Switzerland plays an active role in UNESCO. It is represented by a permanent delegation at its headquarters in Paris and in the various intergovernmental committees and commissions, depending on the outcome of elections in the various bodies.

How does UNESCO work?

UNESCO is made up of various bodies. These include the General Conference, which meets every two years, the Executive Board and the Secretariat. The organisation has 65 offices around the world. In addition, there are ten institutes and centres which support cluster offices and national offices in various specific programmes and are responsible for several countries. UNESCO also has national commissions in over 190 member states.

The Swiss Commission for UNESCO disseminates the values and objectives of UNESCO at national level and advises the federal authorities on relations with UNESCO. In line with its priorities and by means of concrete projects, the Swiss Commission for UNESCO builds bridges between the international community, Swiss citizens and the federal and cantonal political authorities. The Commission consists of 20 members appointed by the Federal Council; its secretariat is run by the Federal Department of Foreign Affairs (FDFA).

What benefits does UNESCO offer Switzerland

Through its various platforms, UNESCO primarily serves as a laboratory for ideas, as a standard-setting organisation, as a forum for the worldwide exchange of ideas as well as an advisory body for capacity building and the formulation of political concepts. It also offers Switzerland the opportunity to participate in the drafting and updating of international agreements.

Structure and management of UNESCO 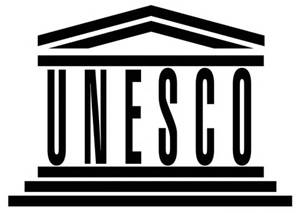